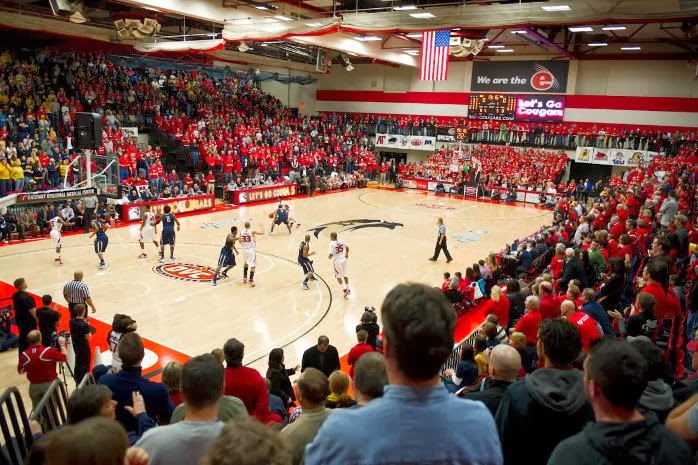 The Saint Louis Billikens are starting to catch the eye of national college basketball fans (deservedly so), but another team in the St. Louis area is on the rise and few people are recognizing it.  In year two of being full-fledged D1 members SIUE is catching fire and playing solid basketball in 2014.

Tonight, the Cougars will play one of the biggest home games they've had in the D1 era as they battle mid-major power Belmont (21-8, 12-2 OVC) @ 7 p.m. @ Vadalabene Center.  I have the play-by-play on radio with the Voice of the Cougars Joe Pott working the TV side.  The game will air live on Fox Sports Midwest.

How many people are aware that the Cougars have won 6 straight home games and are an impressive 9-3 @ home this season?  The last Cougar home loss?  January 2nd in their Ohio Valley Conference opener vs. Morehead State (a game that was winnable down the stretch by the way).

I'm a HUGE SLU fan..if you know me well you are aware of that.  I grew up in the Spoonball era and became a Billiken fan when I was 4-5 years old.  I bleed Billiken Blue.  My wardrobe is full of SLU gear.  To be quite honest, SLU still isn't getting enough attention.  Undefeated and 19 wins in a row..remarkable season for Jim Crews' team.  SLU is established..people know them..people love them.  The Billikens are the talk of the town and selling out Chaifetz Arena. 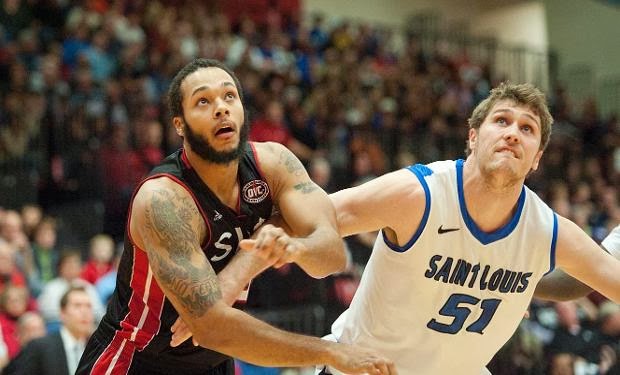 I quickly became an SIUE fan when I began school there in 2006 and started working the games.  I've seen a lot of Cougar basketball since then.  The transition from D2 to D1 is tough..any school that has done it will tell you.  It's enjoyable to see the Cougars having success, especially at home, defeating mid-major powers such as Murray State.  They are in a great town & a great market.  Fans are noticing, but there are still some people out there that are missing out on the fun.

When will the rest of the area take notice?  There's plenty of room for BOTH SIUE and SLU.  The two schools technically aren't rivals..geographically they are, but it's no secret the Billikens are a Top 25 program and SIUE is just settling in at the D1 level.  With Missouri and Illinois struggling, why not hop on the Cougar bandwagon folks?  The Cougar catching staff, led by OVC coach of the year candidate Lennox Forrester, are bringing in high-level talent and working tirelessly to turn the Cougars into a consistent power.  Belmont and Murray State are established mid-major powers in the OVC..can the Cougars follow suit?

NOTES ON BELMONT (from their game notes)
-Adam Young
Posted by Adam Young at 10:16 AM