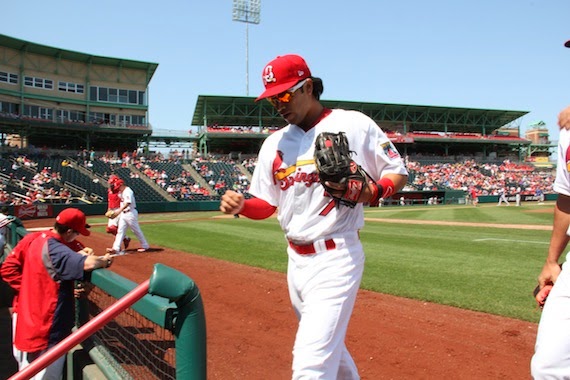 Grizzlies manager Phil Warren was busy this week adding two players who figure to play a vital role in the team's 2014 success.

Let's start with Vasquez, who comes to Gateway with a lot of hype.  He was a High School draft pick in 2008 out of Durango HS (Las Vegas, NV).  Vasquez reached Double-A Springfield in the Cardinals system in 2011 and 2012, combining to play in 56 games at that level.  He was the 91st overall pick in '08 and as recent as 2011 he was considered to be a top 50 prospect in the Redbirds system.

Vasquez by the #'s:
This is a huge signing by the Grizzlies because of the recent loss of 3B Chris McClendon.  Vasquez can play SS, 2B or 3B, but it looks like he'll be the everyday man at 3B for the Grizzlies going into Spring Training.  Ironically, this is the position he has more experience in at the pro level. 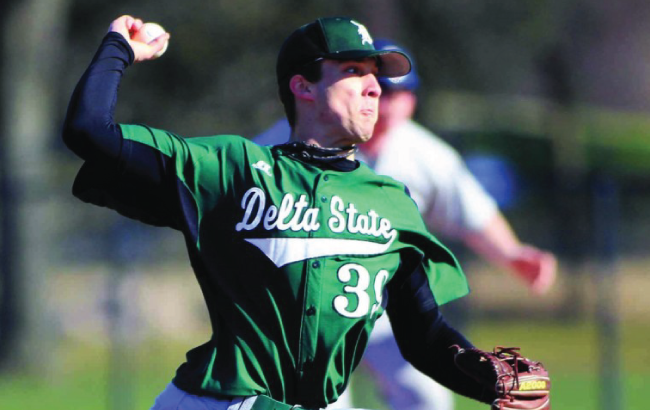 Newcomb, who turned 24 on March 2, was drafted by the Angels after finishing up his collegiate career @ Division II powerhouse Delta State University.

"I'm excited to join the Grizzlies this year," Newcomb said.  "I've been working hard this offseason trying to improve my mechanics.  I'm ready to see my progress." 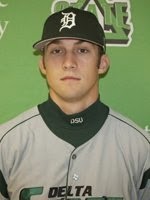 Newcomb has an impressive college career at DII Delta State University, winning a combined 18 games in 2 seasons and helped guide the Statesmen to a DII College World Series Runner-Up finish in his senior season.  He led the team with 11 wins during his senior season while notching a 3.07 ERA.

The name is familiar to a lot of local baseball fans because of his days at nearby Centralia HS.  Judging by #'s, talent and upside, I expect Newcomb to have an impact in the Grizzlies starting rotation in '14.  We'll see come May.

-Voice of the Grizzlies, Adam Young
Posted by Adam Young at 3:29 PM