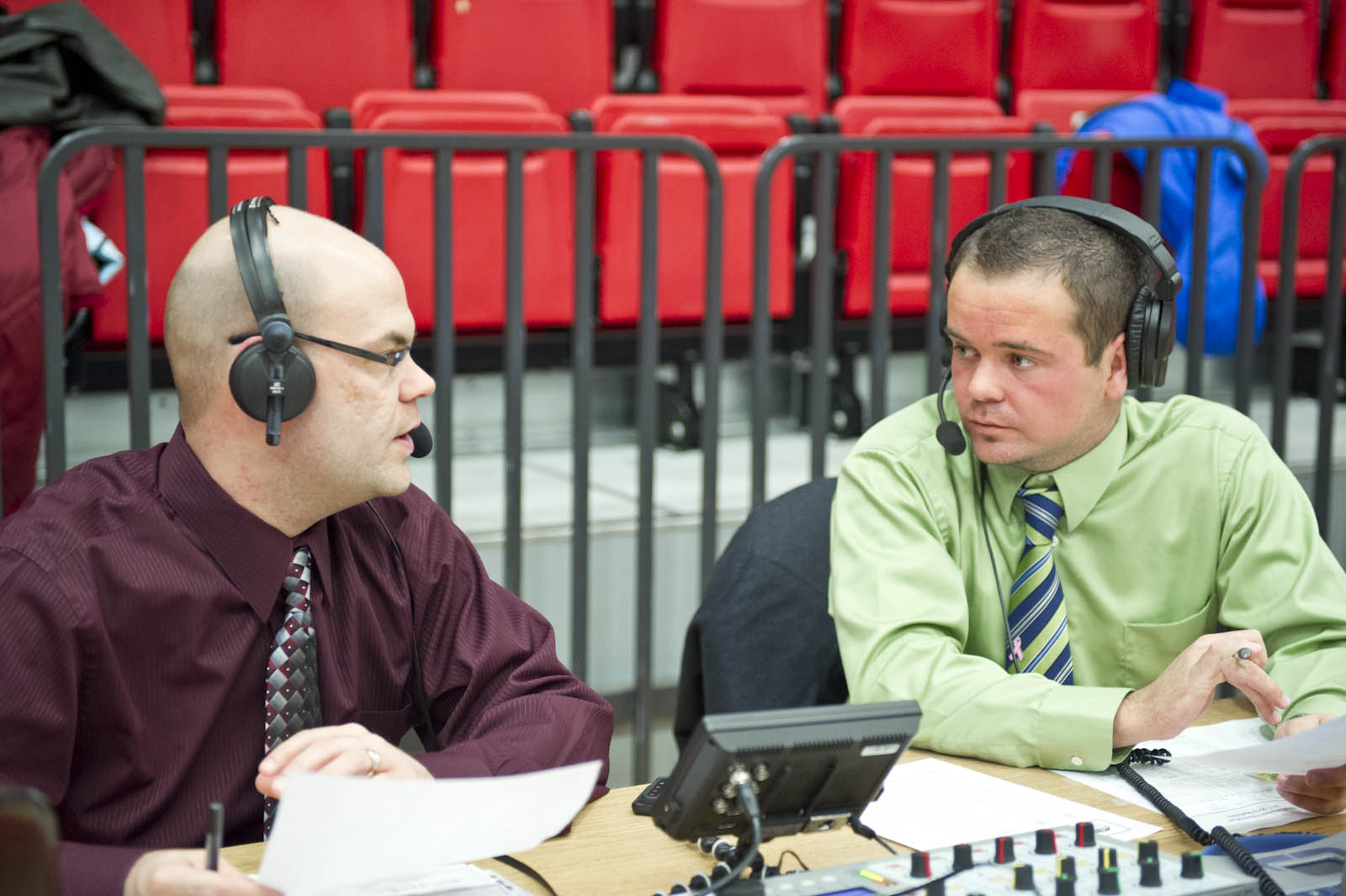 (NOTE: THIS WAS POSTED IN JANUARY 2014)
Hello all!  A year ago I did my first 'Sportscasting Advice' blog post and received some good feedback so it's time to continue the theme as I have some thoughts on basketball play-by-play.

I often get asked what my favorite sport is to call.  Without question it's basketball, and in particular
college basketball.  I love the pacing of the game and the challenge of calling a basketball game on radio.  I grew up playing the game and I tell people that if I didn't get into this profession, I would've went into coaching basketball.  Watching film with the team is exciting.  Preparing for a game is enjoyable.  Calling the game is a rush.  I prepare as hard as I can to make that two hour in-game span informative and enjoyable for the listener. 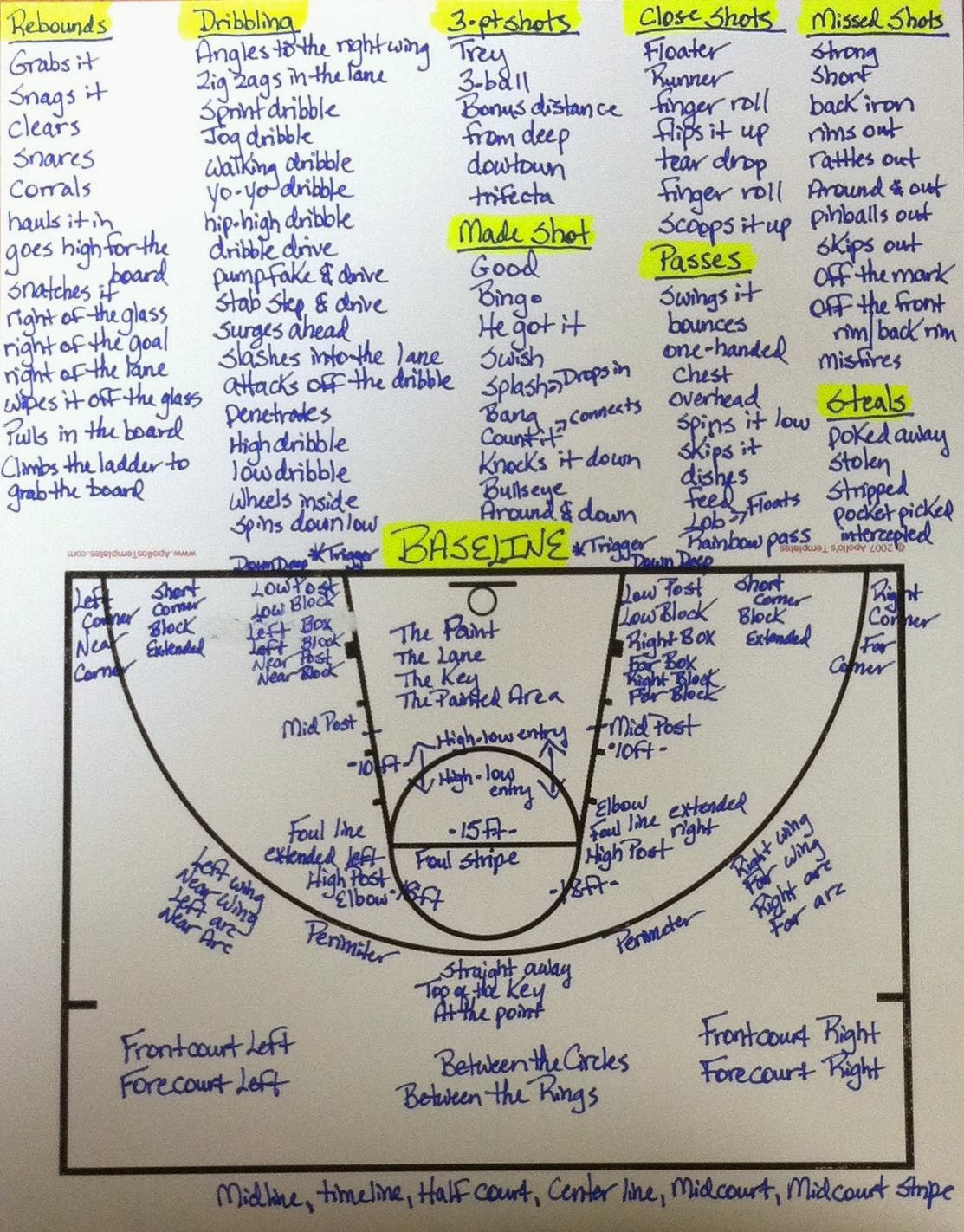 Here are some tips I have for young play-by-play guys doing basketball (I've touched on the generic stuff in previous posts so many of these tips are a little deeper..also a few of the tips are repeated from previous posts).

CRITIQUE YOURSELF
This college basketball season I've been listening to my tapes more than ever.  But I've changed my focus.  Now I'm paying close attention to my description and making sure I'm mixing up my wordage and making sure I'm painting a good enough picture.  The only words that I like to use often are right, left, far and near.  Reason being: those are indicators and they paint the best picture.  If I said a shot was 'good'..I don't want to say it that way on the next shot.  For example, if Michael Jones makes a floater and on the next possession Jerry Bailey makes a similar looking shot...instead of saying 'floater', I can describe it as a 'runner' or 'tear drop'.


TIME AND SCORE
It sounds elementary, but time and score is what the listener needs.  This is the point of emphasis in every sport, not just basketball.  When I'm calling a basketball game, my goal is to give time and score every change of possession (doesn't always happen, but that's what I shoot for).  The key is, don't say it the same way every time..mix it up and keep it fresh for the listener.  For example, one possession you may say, "Jones brings it across midcourt with the Tigers ahead by 13."  Next possession you can say, "Williams sets up the Tigers offense between the circles..Tigers 37 Hawks 21 with under 4 to go in the opening half."  Keep in mind you don't have to give time and score at the same time.  If the offense is moving and you don't have time, mix it up and give one of them later in the possession if you get a chance.  Just keep in mind, your listener NEEDS this.  It's the most important thing in the broadcast.  Also, ALWAYS give time AND score when heading into a break and coming out of a break.  Don't leave the listener hanging. 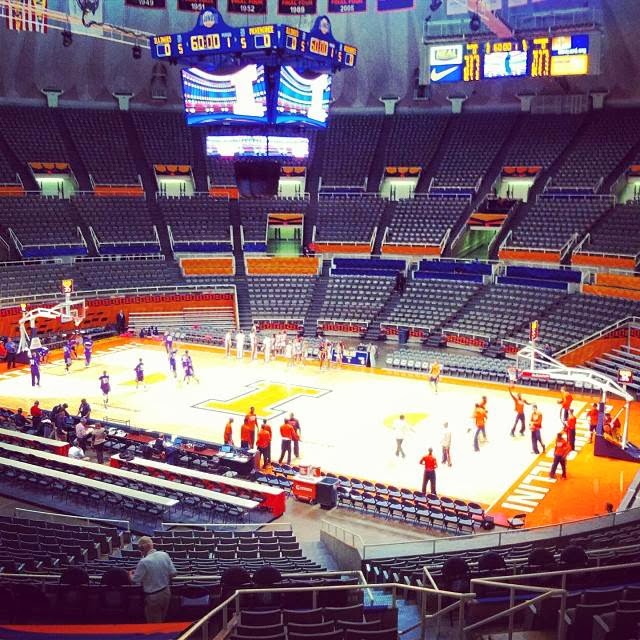 WHO HAS THE BALL?
Many of your listeners aren't familiar with all of the players on the floor, so do them a favor, and try to mention as often as possible which team has the ball.  For example, "Evans from three..no good front of the rim..Duke's Randolph leaps high for the defensive rebound."  Key words on a rebound are 'offensive/defensive'..lets the listener know if there is change of possession by saying defensive/offensive as often as possible.  Also, NEVER just say "Williams gets the rebound".  They 'snag, corral, leap high, weak side, front side, back side, ball side, strong side, right of the glass, in the lane, at the elbow, on the baseline.'  How did they get the rebound and where did they get it?

LISTEN TO OTHERS
Don't listen to others to try to mock their style when you call a game, but instead pay attention to the words they use when calling a game.  I listen to games as often as I can, but more than anything I listen to archived highlights of games to take away 'wordage'.  This year instead of constantly saying right wing or far wing, I've incorporated right arc and wing right.  Sure it's a subtle change, but it keeps things fresh.  I caught a couple of pxp guys using those terms in their broadcasts and have been able to use them.  Small change, sure..but small things like that can make me a better pxp guy.

DONT CONFUSE THE LISTENER
Earlier this year I heard a play-by-play guy use the term 'yo-yo dribble'.  I started using it in broadcasts until one night after a broadcast when talking to my mom (who is very knowledgeable about bball by the way) asked me what a yo-yo dribble was.  I had used that term a few times in the broadcast that night and she didn't know it meant.  Since I had to explain it to her, I decided to stop using that term.  If your listener doesn't understand the description, DON'T USE IT.  Remember you are doing this for the listener.  Don't get cute, just paint the picture.  I think I learned my lesson! 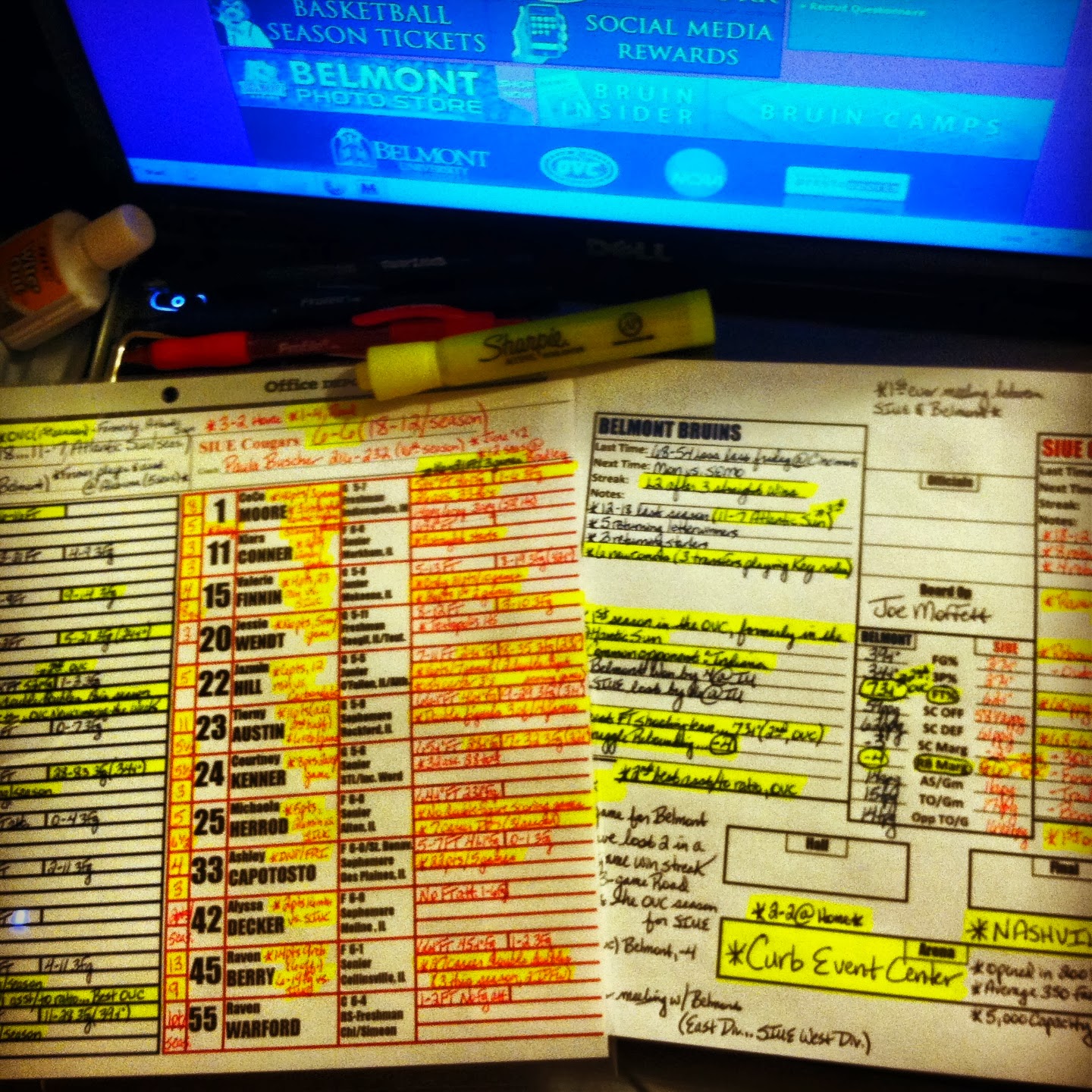 BACKGROUND INFO
Do your research.  You never know when you will need a factoid or tidbit.  This goes right along with being prepared.  I will admit though, it's tough to weave in background info when you're doing a college bball game on radio, especially when you have a partner.  The biggest thing happening is the play on the court so don't let 'background info' get in the way of the action.

BE PREPARED
Finally, the key to everything is being prepared.  Be ready to go when you head on the air.  Don't ever head into a broadcast not ready to go.  Spend hours on your spotting boards putting them together and studying them.  You should head into the arena on gameday ready to go.  The more comfortable you are, the better your call will be.  I always know what the players look like before heading to the arena on gameday.  Therefore, when the action begins I don't need to continuously look down at my spotting board to see who #12 is or who #20 is.  By looking at them, I should be able to tell immediately who they are.  In order to sound prepared, you need to be prepared.

Here's a short list of college basketball play-by-play guys I enjoy listening to and recommend:

Hope you enjoyed the blog post.  Have a great call!