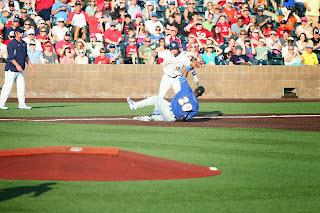 Hello all!  The 2014 schedule is out for the Gateway Grizzlies, highlighted by the league all-star game coming to GCS Ballpark on July 14th.

Can't wait for the all-star week festivities with the Grizzlies hosting for the first time since 2003.  A lot of great things are planned with details coming out as the season gets closer.

Gateway opens up the regular season with their first six games at home.  The Traverse City Beach Bums will be the first opponent for the Grizzlies, coming in for a three-game series May 16-18.  Opening night is on a Friday night again and Sunday the 18th will be the always well-attended American Heart Association Day game.  GREAT crowds should be @ GCS Ballpark for the opening weekend. 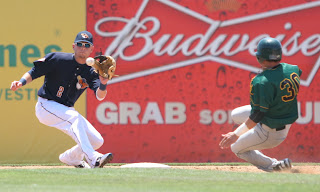 Gateway will have every Monday off in June and only three off days in August.  It appears that the schedule favors a good start to the season for the Grizzlies because of the amount of home games and little travel in the first half.  Will be interesting to see how it plays out.

Gateway will also have four EXH games, including one on Saturday, May 10th against the Wichita Wingnuts from the American Association.  Wichita's 2013 team featured former Grizzlies Ryan Khoury & Nick Walters.  They also had former St. Louis Cardinal, John Rodriguez.

Williams had a solid career offensively with the Wolfpack, but is more well-known for his spectacular defense.

Williams was drafted in the 25th round by the DBacks in 2011 but decided not to go.  He was a 2013 Gold Glove recipient by the American Baseball Coaches Association & Rawlings.  He only committed 4 errors in college & is known for this amazing catch in a 2013 game that became a Sportscenter Top Play & generated 4.4 million views on youtube.

-Voice of the Grizzlies, Adam Young