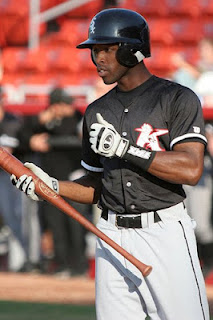 Hello all!  Only 39 days until Opening Day @ GCS Ballpark.  With the season approaching the Grizzlies have made a big-time move with the addition of former Chicago White Sox top-10 prospect, John Shelby.

Shelby was drafted in the 5th round of the 2006 MLB Draft by the White Sox.  He spent 2006-2010 with the Sox and was regarded as the 7th-best prospect for the Sox before spending 2011 in the Tampa Bay Rays Organization.  Shelby reached as high as Triple-A in 2011 with the Durham Bulls.

I had the chance to talk to John earlier today and he's excited to get to Gateway and begin the season.  He played at the University of Kentucky with hitting coach Mike Breyman and outfielder Antone DeJesus and also knows Chris McClendon, who played for the Wildcats after he left.

He has been around baseball his whole life.  His father was an 11-year MLB veteran and currently serves as a coach with the Milwaukee Brewers, his cousin Josh Harrison plays for the Pittsburgh Pirates and his younger brother spent time in the minors as well.

John is a Lexington, KY native who played for UK and has put up gaudy #'s during his time in affiliated ball..here's a look at them: 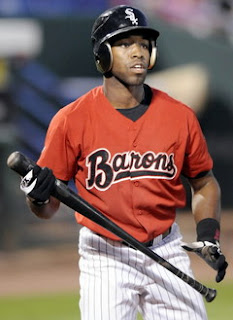 Shelby played second base in college, helping UK win the 2006 SEC Championship.  He left for professional baseball after his junior season.  In the pro's he split time between second base and the outfield, mainly seeing action in center and left field.  At Gateway, Phil Warren will use Shelby's versatility as a strength and place him where it fits best for the team.

Shelby can hit for average, for power and steal bases.  He has a strong arm and is versatile enough to play multiple positions.  He brings a lot to this ball club.  I think it's safe to say there haven't been many signings as big as this one during the Grizzlies existence.  Shelby excelled at every level in the minors and is eager to build something special in 2012 with the Grizzlies.  All fans should be anxious to watch him perform!

-Voice of the Grizzlies, Adam Young
Posted by Adam Young at 2:56 PM