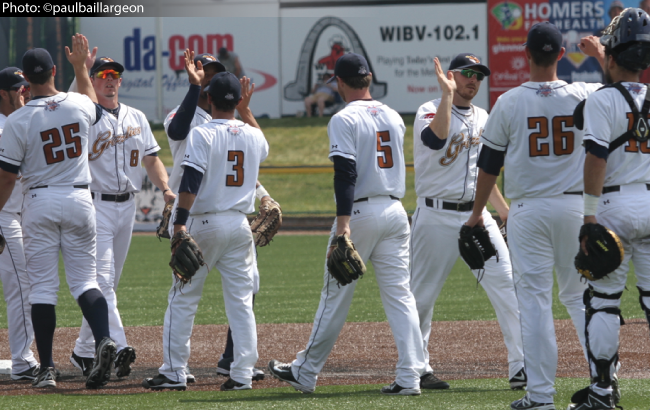 We are 17 games into the season and the Gateway Grizzlies have a raced out to an 11-6 start.
After an 8-2 start, Gateway has gone 3-4 in their last 7 games. Nonetheless, a solid start for Phil Warren's team.

Gateway will continue their homestand tonight with Game 2 against the Rockford Aviators at GCS Ballpark. Right-hander Aaron Newcomb, the only local player (Carlyle native) on the Grizzlies roster, gets the start tonight. Newcomb is off to a hot start with a 2-1 record and a 0.47 ERA. Warren preaches series wins and so far the Grizzlies have won 4/5 series.

Below are radio highlight montages from recent games. Go Grizzlies!

-Voice of the Grizzlies Adam Young
Posted by Adam Young at 11:20 AM