Professional baseball season is here!  It was a long offseason for Grizzlies players/coaches/fans after a heartbreaking Divisional Series loss to the Florence Freedom in 2012.  Tuesday marks the beginning of the games as the Grizzlies travel to Marion to take on the Southern Illinois Miners in the first of four EXH games leading up to the regular season.  I'll have full coverage on here and on the Grizzlies social media pages (facebook/twitter).  I'm ready to get started!

Here's hoping I'll be calling playoff baseball once again in 2013.  Last season was an unbelievable ride and I can honestly say I had more fun calling baseball in August/September last year than I've ever had.  I still listen to this broadcast open (below) I did before Game 5 of the Divisional Series last season whenever I get a chance..here's hoping we are talking playoffs in September of 2013.

If you know me, you are aware of my love for the game of basketball.  I've been in love with the game since I played and it has carried over to the microphone.  I thoroughly enjoyed the offseason, which 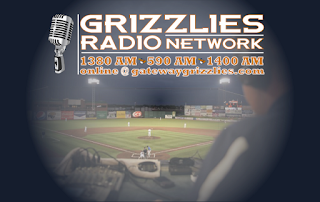 involved a lot of basketball games for me.  With that said, I've always told people whichever sport I'm calling I'm locked into.  My full attention has turned to baseball and the upcoming Grizzlies season.  I can't wait to hit the air for the first time next Saturday when the Grizzlies wrap up EXH play @ home.  You can hear that game on 590 AM KFNS and 1400 AM KJFF..also online @ gatewaygrizzlies.com and on the KFNS app.

It was a long, busy offseason for me.  Tomorrow (Sunday) wraps up my 'offseason' broadcast schedule.  It was my busiest offseason yet, calling 112 games.  I called Football, Baseball, Basketball, Hockey, Soccer and Volleyball in the offseason.  I received calls from new companies and was given the chance to announce/broadcast over 100 games.  I love this business and continue to say yes to every 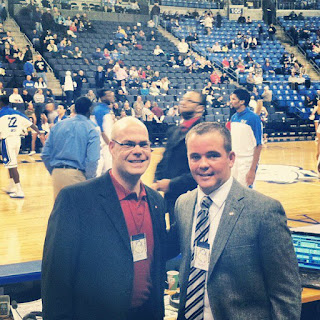 opportunity presented my way.  You never know who will be listening and you never know which job will be your last.  I'm blessed to get to do this for a living and will never take it for granted.

-Voice of the Grizzlies, Adam Young
Posted by Adam Young at 8:43 PM