Hello all! We are less than a week away from the start of preseason practice for the Gateway Grizzlies. The first workout is Thursday morning and the Grizzlies open up Exhibition play Tuesday, May 6th @ Southern Illinois. The season is almost here!

Our first broadcast on the Grizzlies Radio Network will be the final home Exhibition game on Saturday, May 10th vs. the Wichita Wingnuts of the American Association.

Here are some notes leading up to the season: 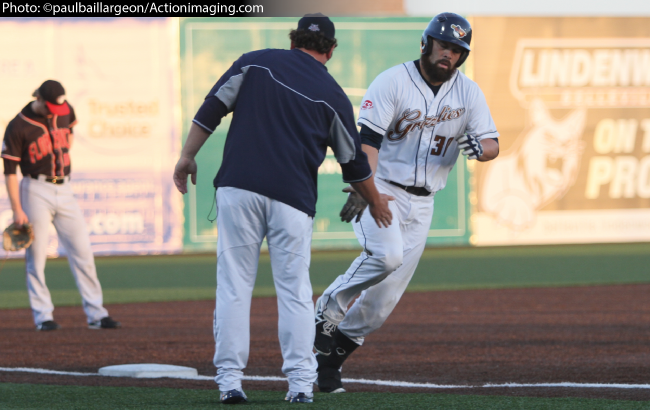 *Grizzlies manager Phil Warren heads into the 2014 season with 358 career wins. He has the most wins in franchise history and is sixth all-time in league history.

*The Grizzlies have added former slugger Mike Breyman to the coaching staff, giving them arguably the best coaching staff top-to-bottom in the league. Breyman was the manager of the Joliet Slammers a year ago.


*Landon Hernandez will start the season on the suspended list and miss the first 2 weeks. Hernandez will not report to Gateway until May 25th as he finishes up the season with the University of Hawaii, where he's an assistant coach.

*Position player wise, the Grizzlies will start the season with only 2 returning position players (Johnson and Wing). Wing was acquired in a late season trade in 2013 and only played in 19 games for the Grizzlies.

*Starting pitching questions: It will be interesting to see which five pitchers finish up camp in the Grizzlies starting rotation. Candidates for the rotation appear to be Aizenstadt, Barrett, Bos, Jensen, Newcomb, Oliver, Stephens, Stiles and West. Certainly some of these guys could also go to the 'pen if they aren't in the rotation.
More notes coming as Spring Training opens up Thursday!

-Voice of the Grizzlies Adam Young